Heinrich Heine University Düsseldorf (HHU) is a young, dynamic and innovative university. It sees itself as an interculturally open university that is globally networked and ideologically neutral.

With our support for endangered scientists, we stand up for the freedom of science and the idea of cosmopolitanism and tolerance that our namesake Heinrich Heine stands for.

The German Academic Exchange Service (DAAD) administers the scholarship programme “Hilde Domin Programme” with funds from the Federal Foreign Office (AA). The programme serves to support doctoral candidates from across the globe, who are at risk of being formally or de facto denied educational or other rights in their country of origin, and to provide these doctoral candidates with an opportunity to begin or complete a study or research degree at a higher education institution in Germany. Funding is possible for a maximum of 48 months (1200€/month).

Potential candidates cannot themselves apply for participation in the Hilde Domin Programme, but need to be nominated by a German university/research institution.

Prerequisites for a nomination of doctoral candidates by HHU are:

The application process is carried out by the JUNO in close cooperation with the professors of the receiving institutes of the HHU. Please contact the as early as possible.

The final selection of candidates will be carried out by independent selection committees appointed by the DAAD. Both the status of risk and academic performance are assessed as part of the selection process.

Further information on the Hilde Domin Programme can be found on the DAAD website.

The Philipp Schwartz Initiative provides universities and research institutions in Germany with the means to host threatened foreign researchers for a period of 24 months on a fully funded research fellowship or an employment contract. An extension is possible under a co-financing model.

In 2019, the HHU successfully applied as a host institution with a support concept, allowing new applicants to build on an existing central support concept.

Applications for the 11th call of the Philipp Schwartz Initiative can be submitted until March 4th, 2022. For applicants from Ukraine the dead-line is extended until March 18th:

Applications will be submitted via JUNO in close cooperation with the professors of the HHU host institutes.  Please contact the as early as possible.

Further information can be found on the website of the Alexander von Humboldt Foundation.

Together with other member institutions of the Scholars at Risk Germany Section in North Rhine-Westphalia (NRW), the HHU offers a joint support programme for researchers at risk. It is primarily aimed at the Philipp Schwartz fellows of the participating institutions, but other interested scholars may also apply to participate. By offering seminars and workshops on various research and career related issues, the programme intends to facilitate the start of a new professional life here in Germany. 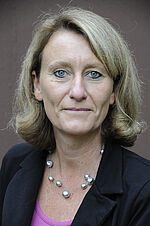 All events
Responsible for the content:
Open searchClose search